The Northern hairy-nosed wombat is one of the world’s most critically endangered species.

It is also Queensland’s most endangered mammal.

There were just 35 individuals left in the 1980s in one location only prompting, the species to be added to the IUCN Red List of critically endangered species.

The Wombat Foundation is working to share the wombats’ story and to push for continued progress to rebuild populations.

There is much more that needs to be done, but we have learned that persistent investment in conservation in the field pays off. 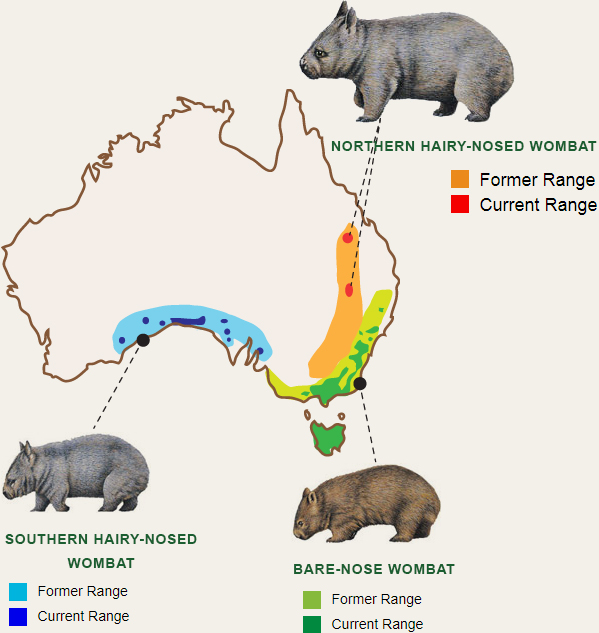 Hard work has paid off in successive decades. Now there are about
315 individuals across two locations.

Despite this, the species remains at real risk. 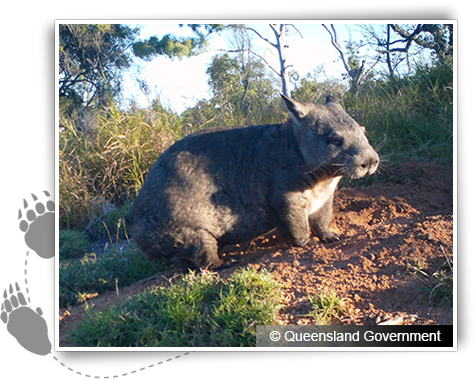 The species has been recorded as living in central Queensland, the Moonie River area in southern Queensland, and Deniliquin near the New South Wales-Victoria border.

Competition for food with introduced species (cattle, sheep, and rabbits) is thought to have been a major cause of the wombats’ decline.

By the 1970s, the only remaining population was in central Queensland at Epping Forest National Park.

Wombat numbers continued to decline and in the early 1980s, a fence was erected to prevent cattle incursions into the park.

Improved conservation measures led to growth in wombat numbers but predation continued to be a problem, with 10% of the population killed in wild dog attacks in 2000-2001.

Since the erection of a predator-proof fence and provision of supplementary feed and water, numbers have grown significantly.

In 2009, the first individuals were relocated to a new site within the species’ historic range. The second population at Richard Underwood Nature Refuge near St George in southern Queensland means that there is a reduced risk of extinction in the wild as a result of disease, fire or flood sweeping through a single population.

However, the second population is probably too small to sustain a viable population of wombats.

The search is on for a larger site within the wombats’ historic range. 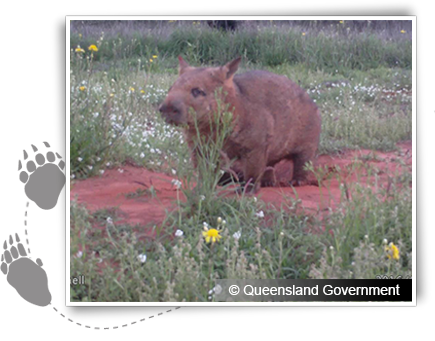 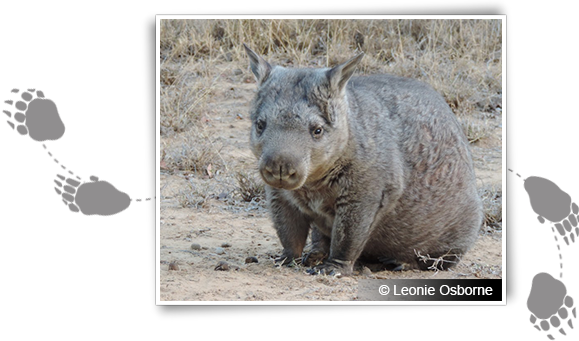 Update Required.To play the media you will need to either update your browser to a recent version or update your Flash plugin

Update Required.To play the media you will need to either update your browser to a recent version or update your Flash plugin

More about the Northern hairy-nosed wombats

Adult Northern hairy-nosed wombats may grow as large as 40 kg but the average adult weight is 32 kg. Females are slightly heavier and larger than males. Longevity in the wild is unknown but the oldest known wild Northern hairy-Nosed Wombat was at least 23 years old when captured during 2006.

The Northern hairy-nosed wombat previously inhabited open woodlands in the semi-arid zone of eastern Australia. The species is now represented by only 2 populations: the majority at Epping Forest National Park in central Queensland and a small number in Richard Underwood Nature Refuge near St George in Queensland.

The current range of the species on the Epping Forest Park is estimated at only 500 hectares.

Historically, Northern hairy-nosed wombats have only been collected at two other localities: the Moonie River area in southern Queensland and Deniliquin near the New South Wales-Victoria border.

The species’ key habitat requirements are the presence of deep sandy soils in which to construct burrows and the availability of a year-round supply of grass.

The diet of the Northern hairy-nosed wombat consists almost entirely of grass. In the past this would have been purely native grasses but it now includes introduced buffel grass which is favoured by the cattle industry in central Queensland.

Above ground activity is closely related to ambient air temperature and is usually undertaken in darkness, except in winter when Northern hairy-nosed wombat will sun themselves at dawn and dusk and sometimes forage during the day.

Northern hairy-nosed wombat spend an average of 6 hours above ground per night in the dry season and forage over a relatively small area of only about 6 hectares. Wet season feeding range size is halved and activity decreases to about 2 hours per night.

The burrows of Northern hairy-nosed wombat are usually constructed under trees whose roots provide support in the soft, sandy soil and whose crowns provide shade. Burrows are arranged in groups which are used by 4-5 wombats. Large burrows have up to 10 entrances, may be 3.6 m deep and contain more than 100 m of tunnels. Adjacent burrows are connected by well worn paths and active burrows are regularly 'sign-posted' with dung and urine. Burrows are occupied by a single wombat 70% of the time. Burrow sharing may occur in the larger, multi-entrance burrows and usually involves females rather than a male and female.

Although casual movements between burrow groups are rare, at least half of adult females change burrow groups at some time in their lives. This behaviour helps prevent inbreeding and is probably a form of maternal investment, whereby mothers leave their burrows to their young who would be too small to head off and construct their own.

Demographic and life-history data are difficult to obtain on the Northern hairy-nosed wombat because of its burrowing and nocturnal habit, its reluctance to be trapped, and the absence of any individuals in captivity.

When Epping Forest National Park was established to protect the last population, the population contain as few as 35 individuals. Numbers increased to about 65 in the mid-1980s and remained that way until the late 1990s after a series of droughts. When the drought broke, numbers increased to their current level of 176. During the 1990s, the sex ratio was strongly biased towards males, however, this has returned to parity recently.

The number of females breeding in any one year correlates closely with summer rainfall. Most young are born in the wet season (November to April). Research on the closely related Southern hairy-nosed wombat, Lasiorhinus latifrons, has shown that gestation lasts for 21 days and a single young is usually born. Pouch life ranges from 8-9 months and is followed by a 3-6 month period when the young initially remains in the burrow while the mother goes out to feed and then follows her when she is above ground. Weaning occurs around 12 months.

The available evidence suggests that the Northern hairy-nosed wombat was uncommon prior to its very rapid decline since the arrival of Europeans in Australia.

Competition with cattle, sheep and rabbits in combination with drought appear to be the main factors contributing to the species’ decline. The current major threat to the Epping Forest population is its small size which makes it vulnerable to local catastrophes (such as disease or wildfire), inbreeding and the subsequent loss of genetic variation. In addition, competition with native herbivores, and predation by dingoes pose potential threats to the wombat population. In 2002, a 20 km dingo-proof fence was constructed around all wombat habitat at Epping Forest National Park following predation by dingoes that resulted in the deaths of up to 20 wombats.

FROM EPPING FOREST TO YARRAN DOWNS

Until recently, all of the world’s Northern hairy-nosed wombats were found in one population at Epping Forest National Park in central Queensland, Australia.

For years, scientists had wanted to remove some individuals to a new home in order to start a new population. By splitting the population, there would be reduced risk of losing the species in the event of fire, flood, disease or significant predation.
In July 2009, an important milestone was reached. 5 Northern hairy-nosed wombats were moved to a new home at the Richard Underwood Nature Refuge at Yarran Downs, 70km north of St George in southern Queensland.

St George is one of the few locations where Northern hairy-nosed wombats have been officially recorded, albeit some 100 years ago.

The wombats’ new home had been prepared for their arrival, complete with ready-made burrows, supplementary feed and water stations, and a fence to keep out predators.

These 5 wombats were the first individuals to make the move. They have since been joined by 10 other wombats from Epping Forest who were moved over the course of three transfers in 2010.

The development of a second population at Yarran Downs represents a significant step towards the establishment of viable populations throughout the historic range of the Northern hairy-nosed wombat.

We cannot go it alone. Your support is vital if we are to bring the Northern hairy-nosed wombat back from the brink of extinction.

See How You Can Help