The Wisdom of Wombats by Tim Harcourt

We reached ‘Peak Wombat’ in the devastating summer bushfires of 2019-20. A news report said that Wombats had been somehow herding up the animals and leading them to their burrows to shelter as the fires raged through the Australian bush. Wombats were deemed the new heroes of the tragedy along with the fire fighters and emergency workers. Unfortunately the story wasn’t true as much as we Wombat worshippers wished it was.

(By the way, a ‘wisdom’ of Wombats is a collective noun for a group of Wombats, not the wisdom and bravery that the news report, as it turned out wrongly attributed to our furry friends.)

It got me thinking how Wombats have been treated in Australian literature and popular culture. Wombats have appeared in Australian children stories. For example, in Ruth Park’s The Muddle Headed Wombat, Wombat was an aimable but slightly dopey character as the title suggests. In Norman Lindsay’s The Magic Pudding, the Wombat was one of the pudding thieves with his accomplice the Possum. Jackie French also has had great success with her Diary of a Wombat series and she actually lives with several wombats on her rural property. Susannah Chambers wrote the wonderful The Snow Wombat and who could forget Mem Fox’s delightful Christmas story, Wombat Divine.

JW, or the Jubilee Wombat, was the official mascot of South Australia’s 150th birthday in 1986. And previously in South Australia, the Tonkin Government tried to design a coat of arms with the State’s emblem the Southern Hairy Nosed Wombat and a Koala surrounding the state shield (before it was leaked to the Adelaide Advertiser).

But things looked up for the image of Wombats in 2000, at the Sydney Olympics when Rampaging Roy Slaven and HG Nelson adopted Fatso the Fat - arsed Wombat as the real mascot – the People’s prince – of the Olympic games as Fatso’s popularity soared past the official mascots. Of course, this perpetuated the myth that Wombat’s are fat. They aren’t they are solid, robust and can move rapidly. And they are not fat-arsed, their bum is largely all bone.

So why my interest in Wombats? As a kid at Highgate Primary School, in South Australia, I was nicknamed Wombat, mainly because of my physique and how I would burrow into packs to get the footy. I decided to wear this nickname as a badge of honour. I decided to collect Wombat paraphernalia, including a Bank of Adelaide Wombat money box. I would always make a beeline to the Wombats at a visit to any Zoo or Sanctuary, and let it be known to overseas visitors than they may have heard of Kangaroos and Koalas, but Wombats were greatly underrated and fascinating to observe.

Since the rise of social media, I made my love of Wombats well known and have since been inundated with terrific photos and stories of Wombats and have joined several Facebook groups and learnt more about Wombats.

So there is lots to learn and lots to do to help Wombats. I always look forward CSIRO’s ‘Wombat Wednesday’ photos and other photos from Maria Island and Cradle Mountain in Tasmania, where Bare Nosed Wombats roam like buffalo and other images of both Southern and Northern Hairy Nosed Wombats from the mainland. There are also lots of organisations to join and I have listed a few below, including The Wombat Foundation which looks after the Northerns and The Wombat Awareness Organisation that looks after the Southerns.

For my part, I’ll do what I can do to spread the good word to help the Wombats, and maybe one day in the future, maybe in semi-retirement from my day job, I’ll become a full time Wombat worker and a proud card carrying member of the International Wombat Workers of the World (IWWW). Wombat Workers of the World Unite – you have nothing to fear but a world without Wombats. Now, that’s a cause worth fighting for! 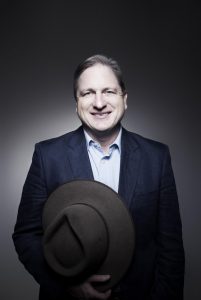 Tim Harcourt from the Airport Economist

*Tim Harcourt works at the UNSW Sydney, as Professor of Practice in Economics and is host of The Airport Economist www.theairporteconomist.com He has no scientific qualifications in Wombats, he just likes them. You can contact him at tim.harcourt@unsw.edu.au

Thank you to Tim for contributing this article and sharing his thoughts on this iconic Australian animal.